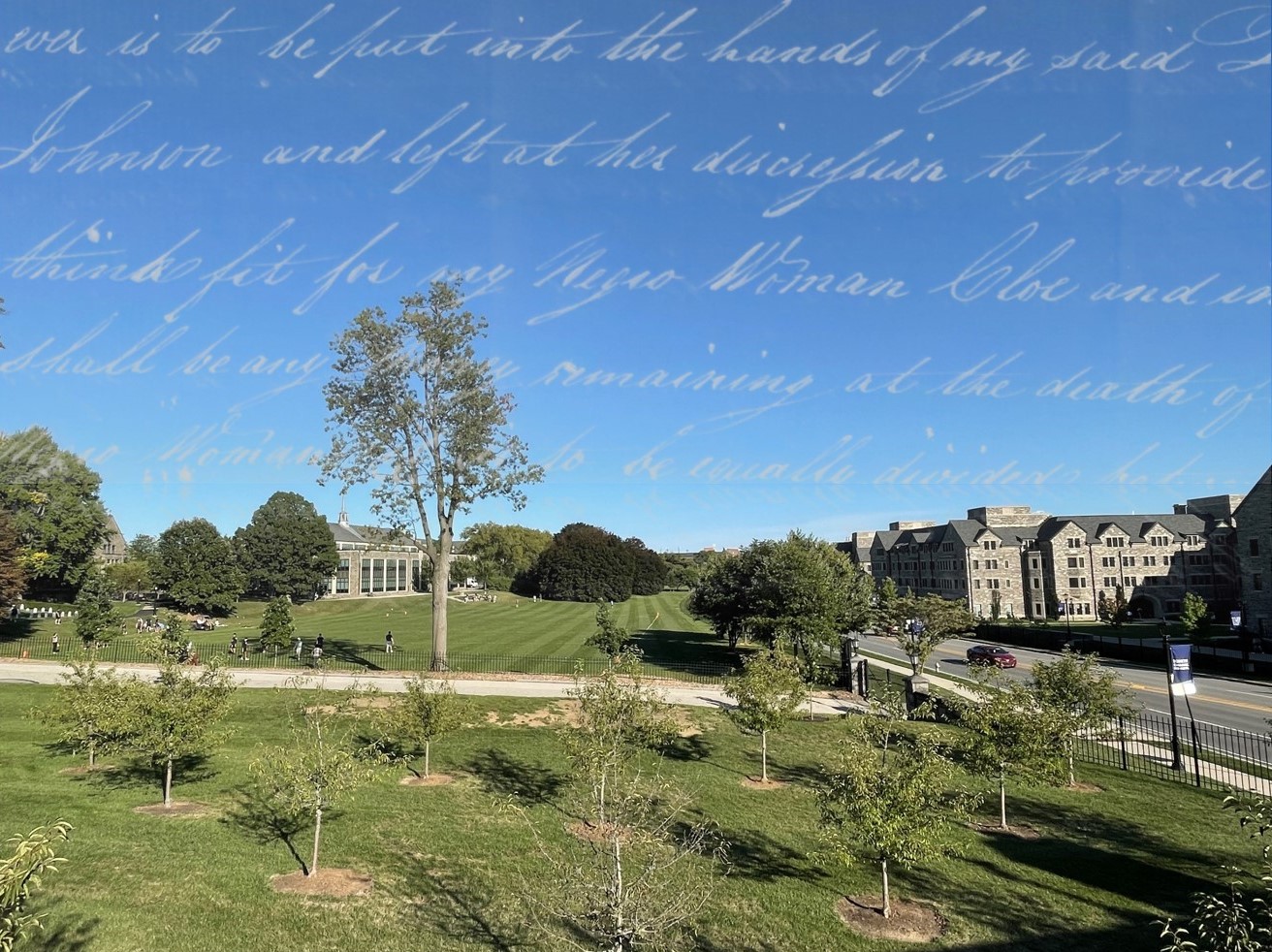 Figure 1: Excerpt from Magdalen Morgan's Will, 1798 overlaid on campus image.

Take a walk through Villanova’s campus. You’ll pass by dorms, classrooms and a range of different buildings. People will be everywhere, and it might seem like things were always this way. But they weren't.

If you were to walk through the area in the 18th century, before the university was established, you would find yourself in a very different kind of space. You’d have to cross meadows, dodge herds of sheep, and find your way through woodlands. You would encounter few people, yet the landscape was not completely unpopulated. Among the inhabitants was an enslaved Black woman named Chloe, whose story is worth considering as it helps reveals the complex history of the space where Villanova is now located.

Samuel Morgan, who inherited this land from his Welsh ancestors, bought Chloe in 1751 for £35 from a blacksmith in Tredyffrin Township. Chloe would have experienced a new yet familiar setting upon moving to Morgan’s land in Radnor. Only partially cleared and featuring a small house, farm, and woods, the land was similar to the environment in Tredyffrin.

The Morgan household consisted of Samuel, his wife Magdalen, his son John, his daughters, and a young boy named Jack who was also enslaved. Morgan had purchased Jack a year before for £29 from Hannah Harrison who lived on a tobacco plantation in Lower Merion. Samuel died eight years after he had purchased Chloe. His will indicates that he bequeathed Chloe to his wife Magdalen and Jack to his son John. While Chloe was enslaved by a new owner, the routines of her day-to-day life probably changed little.

Daily life for Chloe was difficult. She tended sheep, milked cows, planted wheat, harvested corn, cooked meals, and cleaned dishes. Chloe survived the harsh conditions of enslavement on the Morgan’s farm but did not necessarily accept bondage passively. She likely resisted slavery as did Jack who ran away in 1770. In an effort to reclaim what he understood to be his property, John Morgan offered a reward of 30 shillings for Jack's capture and return. He posted a fugitive slave advertisement in a Philadelphia newspaper which describes Jack as a 27 year-old man about 5 feet 8 inches who wore a hat and a brown jacket, and thus provides a tantalizing glimpse of what Jack might have looked like. It’s unclear if Jack was recaptured or if he escaped permanently.

John Morgan eventually enslaved another Black person, a boy named George who joined Chloe in the kitchen and fields. Not long after, Morgan faced pressure from his religious community, the Quakers, to free them. Morgan signed a document of manumission on August 31, 1779 and promised to free George in eight years but there are no known records to confirm whether or not he kept his word.

The manumission records do not mention Chloe but it is clear that she endured enslavement for almost 40 years and lived until at least 1798, as that’s when Magdalen Morgan died and gave her daughter Sarah money in her will to “provide…for my Negro Woman Cloe”. What ultimately happened to Chloe, or Jack and George is unknown. John Morgan eventually sold part of his family’s land in the early 19th century, which the Augustinians later bought in 1842. These university founders settled on land that Jack, Chloe, and George had helped to clear, improve, and maintain and thus the original Villanova community benefitted from and was impacted by the legacy of slavery.

Today there are no traces of Chloe, Jack, George on Villanova's campus. It is challenging to imagine them in a space that has changed so much. But engaging this complicated history and acknowledging the existence of slavery on the university's grounds encourages one to see Villanova as a contested space, one marked by violence, resistance, and struggle.